The name of this five-month-old restaurant really ought to be Tough Act to Follow. It is called Lorena's, but food and wine enthusiasts will remember it as Jocelyne's -- the sweet, tiny, comforting jewel box of a place that held down its little corner of downtown Maplewood (and their hearts) from 1998 until it abruptly closed last year.

In truth, the similarities are almost eerie. Like its predecessor, Lorena's serves high-end French food with New American accents. The chefs -- Mitchell Altholz of Jocelyne's, Humberto Campos Jr. of Lorena's -- grew up in Edison. Each named his restaurant after his significant other. Each woman set aside her own career (Jocelyne Altholz was a professor, Lorena Perez an intensive-care nurse) to become the restaurant's gracious, assured, everywhere-at-once manager.

Except for a vivid coat of pale-green paint and some gleaming new stemware, the new place looks just like the old one. The trapezoidal space remains enticing and intimate (though some may say cramped). And to save the best for last, the dining is as great as ever.

Like Jocelyne's, Lorena's is a bring-your-own. But wine remains integral. On my two visits, every other table seemed to be holding up a bottle or two of envy-inducing Burgundy or cabernet, and Mr. Campos says wine buffs sometimes call ahead to let him know what they'll be bringing, so he can steer them toward the appropriate dishes.

It's the kind of touch that is possible only at a restaurant this size, with a chef talented and confident enough to make it work. Mr. Campos is all of that. A 35-year-old graduate of the Culinary Institute of America, he trained at the Stage House in Scotch Plains and then moved along to restaurants whose one-word names say it all: Nicholas, Daniel, March. One happy day last spring, he and Ms. Perez happened to take a walk on Maplewood Avenue, learned that Jocelyne's was on the market, and seized the chance to start a place of their own.

While the recipes at Lorena's are Mr. Campos's own, they are infused with the energy and lyricism that defined Jocelyne's. What may be his signature dish, a whole shelled Nova Scotia lobster over oyster mushrooms, celery-root puree and a black-truffle-and-butter emulsion, seems to emanate directly from the old restaurant, as if its spirit had been trapped in the floorboards. With its reds and whites and beiges and browns, its flavors and textures that weigh in one by one and then come brilliantly together, it's almost mandatory here, despite the "market price" tag ($38 on our visit).

And it is just one example of the chef's way with seafood and with plate composition. A crab salad appetizer is much lighter (as it should be) but equally expert, the fresh, sweet meat draped with ribbons of zucchini, over a lovely soft-spoken tomato-saffron confit. House-cured fruitwood-smoked salmon is wrapped around crunchy, savory celery-root remoulade, with green-apple slices and juicy little dots of American sturgeon caviar.

"Everyone does crudo," Mr. Campos told me in a phone interview the other day. In Manhattan, maybe; the raw-fish appetizer is still a trifle exotic on this side of the Hudson. He makes a powerful case for it with his fluke crudo, a painterly production of opalescent pink flesh in an intriguing yuzu marinade.

Then there are seafood entrees like Icelandic cod, seared in a cast-iron pan so its skin becomes a crisp and savory crust that's a perfect foil for the mild, flaky flesh; sea scallops over a layer of crisp asparagus and a carrot-ginger emulsion; and a fillet of striped bass whose flavor stands up briskly to olive tapenade and red verjuice, the tart juice of unripened wine grapes.

No dishes misfired here, and only two struck me as underwhelming: celery-root soup that tasted more of cream than of its central ingredient; and Colorado lamb shank, which for $32 needed to be more tender and less salty. Foie gras, by contrast, was a bit overwhelming, with its sweet, dark accompaniment of vanilla-scented fruit relish and Banyuls wine (not to mention its $21 price).

But aside from the lamb, meat entrees all met the high standards set by the seafood. We especially liked the pork confit, over caramelized apples, baby carrots and chestnuts; the lavish, gamy roasted pheasant roasted in a crepinette of caul fat, with a similar wintry profusion of winter vegetables and a little bonus of foie gras; and the Colorado venison -- a Dutch Masters still life, with its radiant pink interior, dark red cabbage, spiced-red-wine sauce and crunchy mustard-grain spaetzle.

The ideal conclusion to a meal like this is Lorena's cheese plate, which continues in the Jocelyne's tradition: pungent Epoisses, runny aged goat cheese with an ash rind, aged Manchego and potent Spanish blue. But if you prefer sweets, there are the pear tarte Tatin, with its perfume of rosemary and quince; the warm, soft, dense "hacienda" cake made with chocolate from Michel Cluizel; or the brioche French toast with poached dried winter fruits. Homemade ice cream is fabulous here, whether vanilla, pistachio or chocolate. Only crepes with caramel sauce disappointed, coming to the table chewy rather than tender.

Mr. Campos says Lorena's will close for a week starting Wednesday, for some needed interior improvements. More power to him: One legacy that nobody will miss is the sagging 1960's-era acoustic-tile ceiling. But he won't find it easy to improve on the restaurant itself, which is suddenly (and fittingly) one of the finest in the state.

Take one stove with six burners, and nine tables that seat 32. Add two lovers with a passion for modern French cuisine, and you get the 4-year-old love child of chef 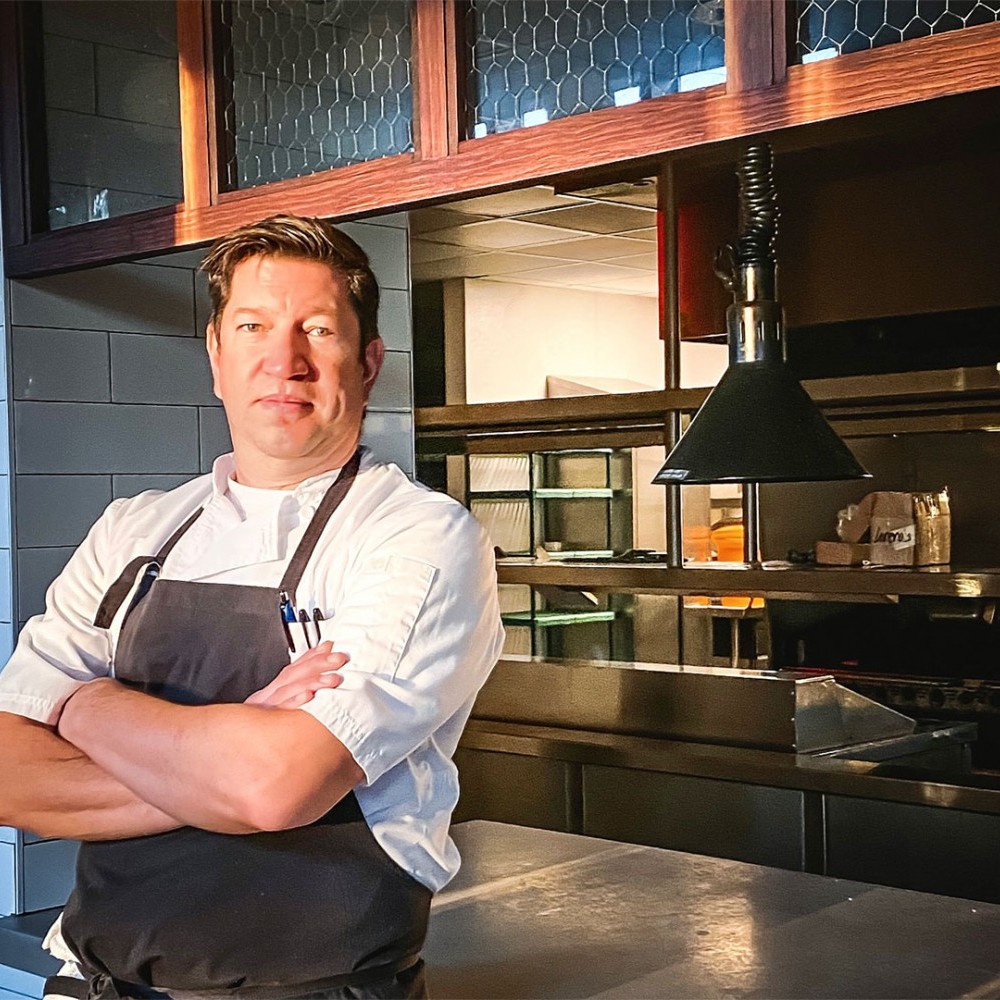 After a harrowing 2020, chef/owner Humberto Campos Jr. finds a silver lining during the pandemic. 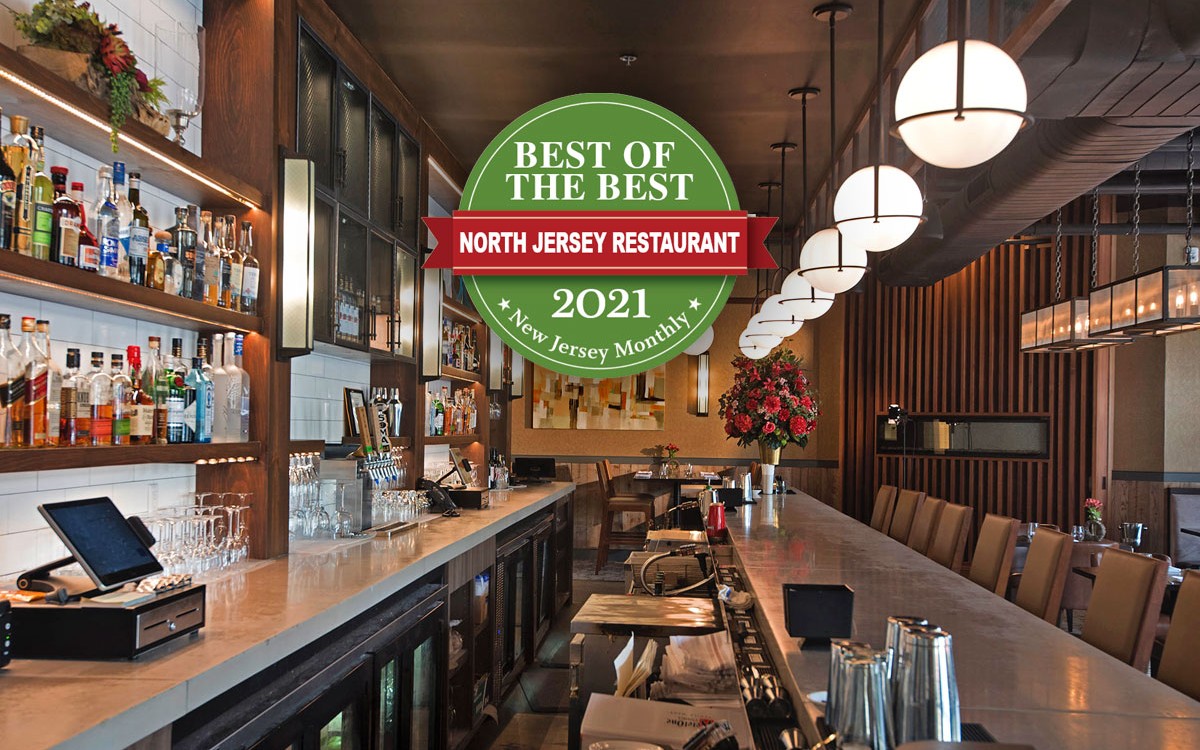